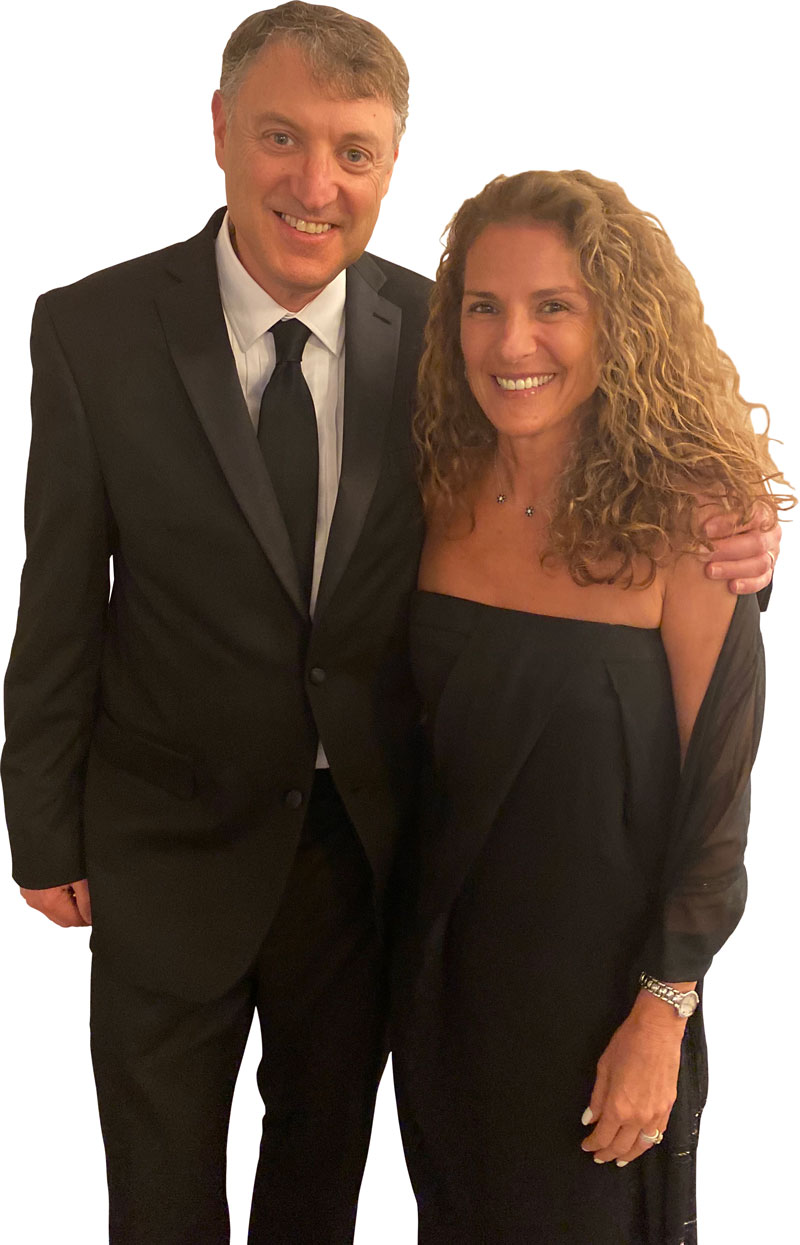 Jewish Family Services is thrilled to announce Live Laugh Give 2023 honorees, Eric and Susan Lerner. The couple are both long-time members of the Charlotte Jewish community. They share the core value of the importance of giving back to the community through a series of actions over time. Eric and Susan embody this core value through the many roles they have served and continue to serve.

Susan has served in the Levine Jewish Community Center membership office since moving to Charlotte almost 20 years ago. She provides new members and new Charlotte residents a first-time experience of the Charlotte Jewish community center. She is a valuable source of knowledge and information, referring new members to resources on the park and in the community-at-large that best fit individual needs.

Eric’s family was instrumental in founding Shalom Park, from securing the property, to breaking ground, to helping to facilitate construction and opening of the Levine Jewish Community Center. He carries on his family legacy, having served as Vice President of Temple Israel, as well as on the Board of Directors of Temple Israel, Ohr HaTorah, ZABS Place, and Jewish Family Services.

Eric and Susan believe that actively participating in the community will contribute to the continuity of the strong sense of belonging. These philanthropists wish to shine the light on Jewish Family Services, and the positive impact the organization has on the lives of many. They hope their involvement and participation in supporting JFS will inspire others to “give not until it hurts, but give until it feels good,” both with time and financial support.

Orny Adams delivers a powerful, incisive stand up routine that vacillates between the relevant and the absurd. Orny attacks what’s wrong with the world and sometimes even what’s wrong with Orny. He’s brutally honest, satirical and his performance is ceaselessly energetic.

Orny has had one hour stand up specials on Netflix, Comedy Central and his third special “More Than Loud” debuts in December on Showtime.

Orny has appeared all over television, most notably on The Tonight Show, Late Night with David Letterman and The Conan O’Brien Show. He was named in the Hollywood Reporter as a favorite to watch on the scene.

You might also recognize him as Coach from the TV show Teen Wolf which ran for six seasons.